Last week we were given constructive critique on our short animations. We do have quite a few bits to tweak. Overall the critique pointers were expected apart from a few which we overlooked. It was great to be given the chance to adjust a few things in order to try and perfect our short. I will include a list below of the things we need to address and document our progress on the changes.

Title Change – Due to  running out of time we had quickly inserted a title We were advised to look into science fiction movie title sequences and take some inspiration from them. 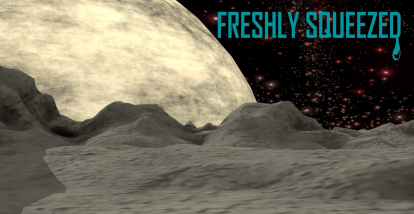 As we don’t have much time to spend on making these adjustments, I feel it might be best to go with a simple solution.

Lighting – Overall our lighting was working ok but we hadn’t spent enough time figuring it out before the rendering stage as more of our attention was fixed on textures and cameras. We have been advised to make some colour adjustments, mainly because the astronaut’s suit colour is too dark in comparison with the dark starlit sky. I feel that lighting will fix these issues. A light added inside the lander will help silhouette the astronaut when jumping from his lander whilst another spotlight parented to the astronaut will help light him up within the scene, increasing the contrast between his blue suit and the environment.

Camera Angles/Opening scene – In our opening scene the lander lands beside a mountainous hillside. This is to be centred with the hillside not being visible as having it land so close is quite unrealistic. To fix this we have decided to change the positioning of the lander and camera whilst also smoothing out the terrain to prevent any further difficulties.

There was also a staging error which is hard for the audience to read. This is when the astronaut plants his flag and looks over to see who had opened a beer nearby. To fix this we may have to reposition the adversary astronaut along with his assets.

Billboard Readability –  Our current billboard design is currently not readable with the logo’s text being the wrong colour and the text too close together. These factors along with the neon glow has made it difficult to read and not clear enough. To fix this we have  changed a few colours, this is to make it clear of the brand’s identity. The font has been changed to coca-cola’s font to make it more easily recognised and readable. 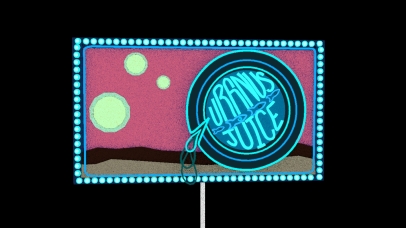 There is a part of our scene where the shadow of the build building comes over the adversary astronaut. We were advised to make the transition of his flag into the billboard more clunky, coming out in different places etc. This was our original idea but I guess we got too caught up with other details to spend more time on this.

The updated final animation is below. The main difference is the light.